With TinyMDM, remotely monitor and take control of mobile terminal screens to support your teams in the field and achieve maximum operational efficiency. 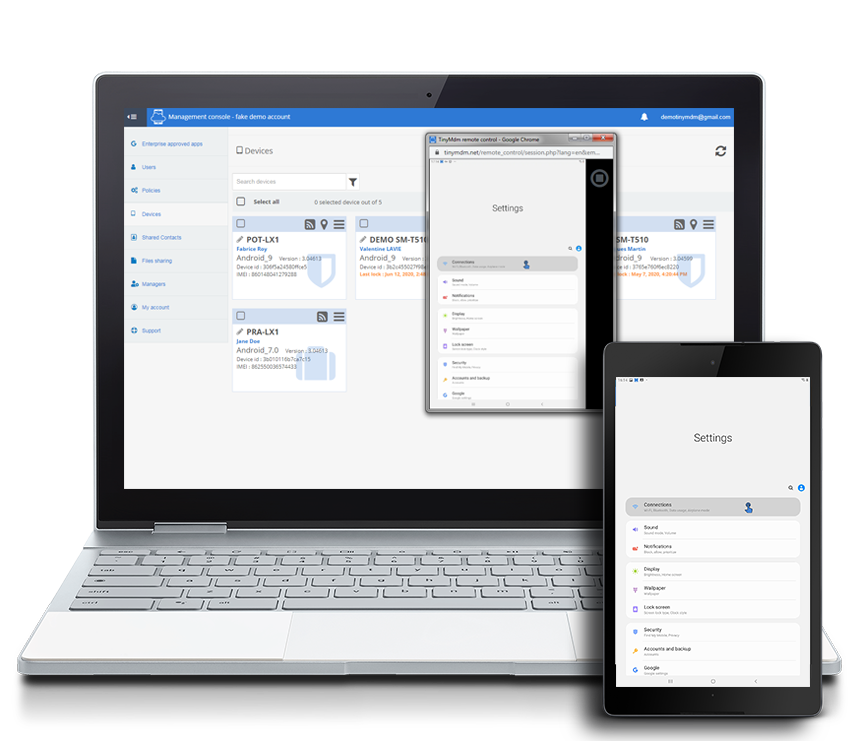 With TinyMDM remote cast feature, you can see the device’s screen directly from your management console, so you have a full understanding of the situation, even from a distance. Compatible with all mobile devices starting with Android 6.

Currently the remote control session works only on Athesi, Crosscall, Datalogic, Honeywell, Samsung, Unitech and Wiko devices. This feature allows you to broadcast and take control of the screens as if you were holding the device.

With the remote cast functionality for Android tablets and smartphones, maintenance actions can be performed from a distance, downtime is reduced and support costs are drastically reduced thanks to our simple Android mdm software.

The remote control feature is available on all the Samsung and Wiko devices as well as on many Crosscall, Honeywell and Unitech ones, listed below:

Tutorial: How to activate remote control with TinyMDM? 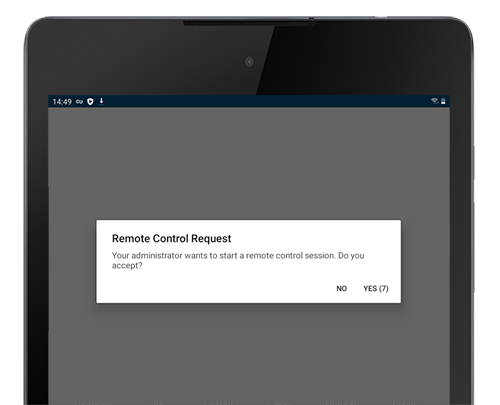 Copy / paste text from the device to the console

Audio discussion between the visualized device and the console

Take a screenshot of the device

Back, home and recent app buttons displayed below the screen